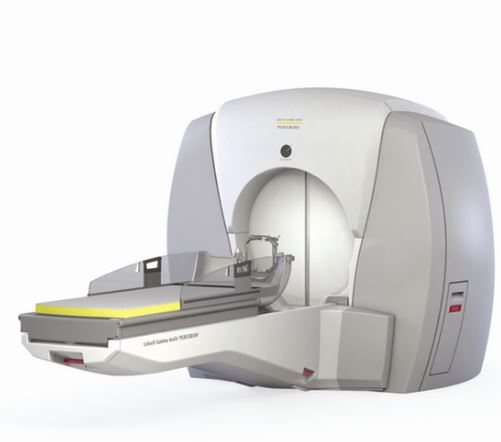 I intend to have this post evolving over time as I have a large collection of research indicating various approaches to enhance the effectiveness of radiotherapy. Therefore, I am not going to debate on whether radiotherapy is good or bad. Instead, I will focus on how to make the best of it once we decided to use this anti-cancer tool. So here are some relevant aspects on this line:

Increasing the chance for a radiation induced abscopal effect: A neutrophil perspective

The so-called “abscopal effect” is the effect in which radiation therapy delivered to a primary site of cancer also results in shrinkage or elimination of cancer cells in other metastatic sites that were not exposed to radiation. This effect has been observed for decades in some lucky patients. However, this “abscopal effect” is not controllable and it happens randomly as it is not well understood by scientists. What is clear is that somehow, in some special conditions, killing cancer cells at a specific location in the body triggers a T cell-mediated anti-tumor immune response.

This recent study indicates that the reason for the radiation induced “abscopal effects” seems to be the following:  radiation destroys tumor-associated neutrophils (TANs), recruiting new neutrophils into the tumor; these new radiation-induced neutrophils (RT-Ns) attack the tumor cells by producing molecules that damage them, generating a downstream tumor-specific, T cell-mediated anti-tumor immune response.

Interestingly, G-CSF may be stimulated by corticosteroids (Ref.). Thus, glucocorticoids dose-dependently increase plasma levels of granulocyte colony stimulating factor (G-CSF) (Ref.). As a result, I assume that if G-CSF is not available, administrating corticosteroids before radiation may also help to increase neutrophils  in the blood. Having the radiation in the morning may also help as cortisol (a corticosteroid) is at the highest levels early in the morning with its peek at around 8-9 am (Ref.). Indeed, here is a study indicating the correlation between cortisol circadian variation and neutrophils variation (Ref.).

In conclusion, administration of G-CSF or corticosteroids prior to radiation may increase the chance for a whole body anti cancer response. Administrating radiation early in the morning may further help on the same line.

Increasing the chance for a radiation induced abscopal effect: A T-cell perspective

In order to induce an abscopal anti-tumor immune response following radiation, besides the role of neutrophiles discussed above, T cells’s capability to act against cancer cells is essential.

Recently, it has been shown that a patient with a cancer type known not to respond to T-cell “release” focused therapy based on ipilimumab (a human monoclonal anti-CTLA-4 antibody) experienced an immune response when ipilimumab was administrated just next day after radiation session. Here is the very nice case report: An Abscopal Response to Radiation and Ipilimumab in a Patient with Metastatic Non-Small Cell Lung Cancer http://www.ncbi.nlm.nih.gov/pmc/articles/PMC3930458/ As it can be seen from this report, the patient had a very nice and sharp results that led to the immune system cleaning up his entire body of metastasis.

What I can learn from this, is that administration of immunotheraphy just after radiation session (e.g. next day) will increase the chance for an abscopal effect. anti-CTLA-4 or anti-PDL1/PD1 immuno therapies can be used for this as they should be available to anyone (at list in Germany that is the case). Personally, I would consider lowering the typical dose of immuno therapies from 3mg/kg typically suggested to about 1mg/kg and administer both of them (e.g. ipilimumab and nivolumab) at the same time to eliminate more mechanisms that regulate the action of T-cells. (I would lower the doses of the two therapies to both reduce the toxicity and the cost, while it is known (from private clinics in Germany) that response to these therapies can also be obtained at lower doses, as low as 1mg/kg/month/patient.)

Note that, preclinical models support use of hypofractionated RT in daily doses of 6 to 8 Gy given 5 or 3 times, over a single high dose treatment of 20 Gy, in order to maximize likelihood of generating an effective anti-tumor immune response with anti-CTLA-4. Consistent with this finding, the most dramatic cases of abscopal effect reported with ipilimumab and RT have utilized RT doses and fractionation [26, 27, 29, 30] similar to the RT regimens effective in preclinical studies. However, abscopal effects were also reported in patients treated with a wider range of RT doses [26, 29, 31]. (Ref.)

The negative influence of hypoxic cells against local tumor control is apparently greater in hypofractionated SRT and the greatest in single-fraction treatment. During fractionation, however, surviving hypoxic tumor cells reoxygenate and become more sensitive to subsequent irradiation. (Ref.)

Increasing evidence demonstrates that radiation acts as an immune stimulus, recruiting immune mediators that enable anti-tumor responses within and outside the radiation field. There has been a rapid expansion in the number of clinical trials harnessing radiation to enhance antitumor immunity. If positive, results of these trials will lead to a paradigm shift in the use of radiotherapy. In this review, we discuss the rationale for trials combining radiation with various immunotherapies, provide an update of recent clinical trial results and highlight trials currently in progress. We also address issues pertaining to the optimal incorporation of immunotherapy with radiation, including sequencing of treatment, radiation dosing and evaluation of clinical trial endpoints.

Immune-mediated inhibition of metastases after treatment with local radiation and CTLA-4 blockade in a mouse model of breast cancer. http://www.ncbi.nlm.nih.gov/pubmed/15701862/

The combination of local RT with CTLA-4 blockade is a promising new immunotherapeutic strategy against poorly immunogenic metastatic cancers.