It is well know that Ca, Na, K, Mg are some of the basic elements sitting at the base of the cell function. While looking at various anti cancer elements I realize that one perspective that may group anti cancer into two major categories is their impact on the intra cellular Ca. While the level of intra cellular cancer is very important some research papers show that the increase of intracellular Ca can lead to cancer progression while others show that this leads to the cancer cell death. I have to understand more in what conditions one or the other may happen, but for now I will start to group the well known anti cancer elements into the two major categories. This helps to have in mind when designing anti cancer treatment strategies as it may be highly relevant. Here are the two clusters:

CBD: Can influence the intracellular pH level: Our findings indicate that CBD treatment leads to a biphasic increase in intracellular calcium levels http://jeffreydachmd.com/wp-content/uploads/2014/10/cannabinoids_as_antitumour_agents_Velasco_Sanchez_Manuel_Guzman_2012.pdf

Indeed, stimulation of NHE1 leads to increase of Na than increase of Ca due to a stimulation of the reverse mode of Na/Ca exchange NCX Ref: https://books.google.nl/books?id=5nChwNe1p7gC&pg=PA414&lpg=PA414&dq=nhe+%5BCa2%2B%5Di&source=bl&ots=5duaae_8MD&sig=R2taYd-NJEOIYD2BvjAHik3oy0M&hl=en&sa=X&ved=0ahUKEwiH1bzX8KTJAhXCRg8KHQMKCKoQ6AEIVzAI#v=onepage&q=nhe%20%5BCa2%2B%5Di&f=false

Digoxin: Inhibition of DNA topoisomerases I and II and an increase in the intracellular Ca2+ concentration [41] http://cdn.intechopen.com/pdfs-wm/42589.pdf

Ouabain: Inhibition of DNA topoisomerases I and II and increase in the intracellular Ca2+ concentration [41] http://cdn.intechopen.com/pdfs-wm/42589.pdf

Celecoxib: At the same time, celecoxib has also demonstrated the ability to induce membrane instability independent of these proteins [44]. In the latter case, this most likely occurs as the molecule can penetrate the membrane causing an increase in intracellular calcium ions. The resulting hyperpolarization allows cytochrome c to be dephosphorylated and liberated from the mitochondria. The sequence of events is a hallmark of apoptosis triggered by celecoxib.

Examinations of the biochemical mechanism responsible for this Ca(2+) mobilization indicate that celecoxib blocks endoplasmic reticulum (ER) Ca(2+)-ATPases. Consequently, inhibition of this Ca(2+) reuptake mechanism results in Ca(2+) mobilization from ER stores followed by capacitative calcium entry, leading to [Ca(2+)](i) elevation. In view of the important role of Ca(2+) in apoptosis regulation, this Ca(2+) perturbation may represent part of the signalling mechanism that celecoxib uses to trigger rapid apoptotic death in cancer cells. http://www.ncbi.nlm.nih.gov/pubmed/12076251

Sulindac: Down-regulation of NHE-1, along with an increased [Ca(2+)](i) and induction of intrinsic pathway of apoptosis via activated Calpain 9 could be a putative mechanism pursued by Sulindac and Celecoxib for the chemoprevention of colorectal cancer. http://www.ncbi.nlm.nih.gov/pubmed/22390894

3-Bromopyruvate: inhibits calcium uptake by sarcoplasmic reticulum vesicles but not SERCA ATP hydrolysis activity http://www.sciencedirect.com/science/article/pii/S1357272512000465  In this study, we show that the sarco/endoplasmic reticulum calcium (Ca(2+)) ATPase (SERCA) type 1 is one of the target enzymes of 3BrPA activity. Sarco/endoplasmic reticulum vesicles (SRV) were incubated in the presence of 1mM 3BrPA, which was unable to inhibit the ATPase activity of SERCA. However, Ca(2+)-uptake activity was significantly inhibited by 80% with 150 μM 3BrPA. These results indicate that 3BrPA has the ability to uncouple the ATP hydrolysis from the calcium transport activities.

PEMF (Pulsed ElectroMagnetic Fields) – We speculate that the window effect observed in this study results from changes in intracellular calcium handling in response to PEMF exposure. Calcium signaling is renowned for its multimodal effects relying on intracellular calcium increments that: 1) result from both calcium influx across the cell surface membrane and release from intracellular membrane-delimited compartments; 2) are simultaneously coded in space, time and holding level; 3) exhibit negative- and positive-feedback regulatory mechanisms and; 4) are coordinated by dynamic changes in membrane organization [32]–[33]. As a commonly reported consequence of PEMF exposure is elevations of intracellular calcium level [34] one possibility is that PEMFs mediate their effects via influencing intracellular calcium signaling pathways. In the context of this report 3 mT PEMFs at a frequency of 20 Hz for 60 minutes per day would create the “correct” combination of calcium signals that would most effectively result in cell death. Indeed, it has been previously shown that chelating or augmenting intracellular calcium accordingly spares or compromises MCF7 survival, respectively [35]–[37]. http://journals.plos.org/plosone/article?id=10.1371/journal.pone.0072944

Remember that T4 depletion has been shown to lead to cancer remission (see the hormons section of this website).

Verapamil: markedly inhibited either corticoidogenesis or Ca2+-influx in response to ACTH  The stimulatory effect of Ca2+ on corticoidogenesis was completely blocked by cycloheximide. https://www.jstage.jst.go.jp/article/endocrj1954/26/2/26_2_227/_article

Quercetin: The mechanism of the protective action is also associated with the prevention of increasing the concentration of intracellular calcium and activation of platelets aggregation inhibition processes of thrombogenesis.

Note: this statement is a bit counter intuitive given that Quercetin is a MCT1 inhibitor, i.e. an intracellular acidifier that should than lead to increase intracellular Ca accumulation

DMSO: reduces the incidence of platelet thrombi (clots in vessels) and reduces the workload of the heart by inhibiting calcium http://www.dmso.org/articles/information/herschler.htm

Berberine: Other possible mechanisms of action on its anti-thrombotic effects are alpha(2)adrenoceptor agonism on platlets[79] and an inhibitory effect on calcium influx. http://examine.com/supplements/Berberine/

Omeprazole: suspected to lead to intracellular Ca reduction (on long term?) https://clinicaltrials.gov/ct2/show/NCT00582972
PPI long-term use is associated with hypomagnesemic hypoparathyroidism leading to secondary hypocalcemia, which is responsible in the end for the low intracellular Ca as well. However, most patients on long-term PPIs will not develop symptomatic hypomagnesemia [14] unless accompanied by precipitating factors such as gastroenteritis, diuretics. http://www.hindawi.com/journals/crigm/2012/632721/

Others with anti cancer mechanism connected with intracellular Cancer:

Baicalein: In order to understand the role of Ca2+ in the induction of apoptosis, cells were pre-treated with BAPTA (intracellular calcium chelator) and baicalein. It was shown that the MMP was restored, and the level of cytoplasmic Ca2+ suppressed, the proportion of cells undergoing apoptosis was also markedly diminished. Our data suggest that cellular Ca2+ modulates baicalein-induced cell death via a Ca2+-dependent mitochondrial death pathway in SCC-4 cells. http://www.ncbi.nlm.nih.gov/pubmed/?term=Baicalein+induces+apoptosis+in+SCC-4+human+tongue+cancer+cells+via+a+Ca2%2B-dependent+mitochondrial+pathway

Against the view presented above, there are studies showing that even if blocking Ca accumulation (using e.g. BAPA or Verapamil) some of the elements above or similar (e.g. Ouabain and Valinomycin) are still killing cancer cells and is suggested to be mainly due to the K depletion of those cells:

Update 2nd Feb 2016: In line with the view presented above, here is a nice publication: Targeting calcium signaling induces epigenetic reactivation of tumor suppressor genes in cancer http://cancerres.aacrjournals.org/content/early/2015/12/30/0008-5472.CAN-14-2391 We performed an epigenetic drug screen using FDA-approved libraries to identify agents that reactivate silenced gene expression in colon cancer cells. In this manner, we identified 3 known epigenetic drugs (DNA methylation and histone deacetylase inhibitors) plus 11 other drugs that were sufficient to reactivate a GFP reporter gene under the control of methylated and silenced CpG island promoters. Notably, these agents also induced the expression of endogenous TSG known to be silenced in multiple cancer cell lines. The newly identified drugs, most prominently cardiac glycosides, did not alter DNA methylation locally or histone modifications globally. Instead, all 11 drugs modulated calcium signaling and triggered calcium-calmodulin kinase (CamK) activity, leading to MeCP2 nuclear exclusion. Blocking CamK activity abolished gene reactivation and cancer cell killing by these drugs, demonstrating that triggering calcium fluxes is an essential component of their epigenetic mechanism of action. Collectively, our findings identify calcium signaling as a new pathway that can be targeted to reactivate TSG in cancer. http://www.sciencedaily.com/releases/2016/02/160209090406.htm

Daniel’s note: the above statement is very interesting. In other words, elements such as Salinomycin can lead to activation of the immune system by increasing the intra cellular Calcium in the immune cells!

Cancer as a channelopathy: ion channels and pumps in tumor development and progression. http://www.ncbi.nlm.nih.gov/pubmed/25852478

Calcium Channels and Pumps in Cancer: Changes and Consequences https://www.researchgate.net/publication/229438322_Calcium_Channels_and_Pumps_in_Cancer_Changes_and_Consequences

Role of ion channels in regulating Ca2+ homeostasis during the interplay between immune and cancer cells http://www.nature.com/cddis/journal/v6/n2/full/cddis201523a.html 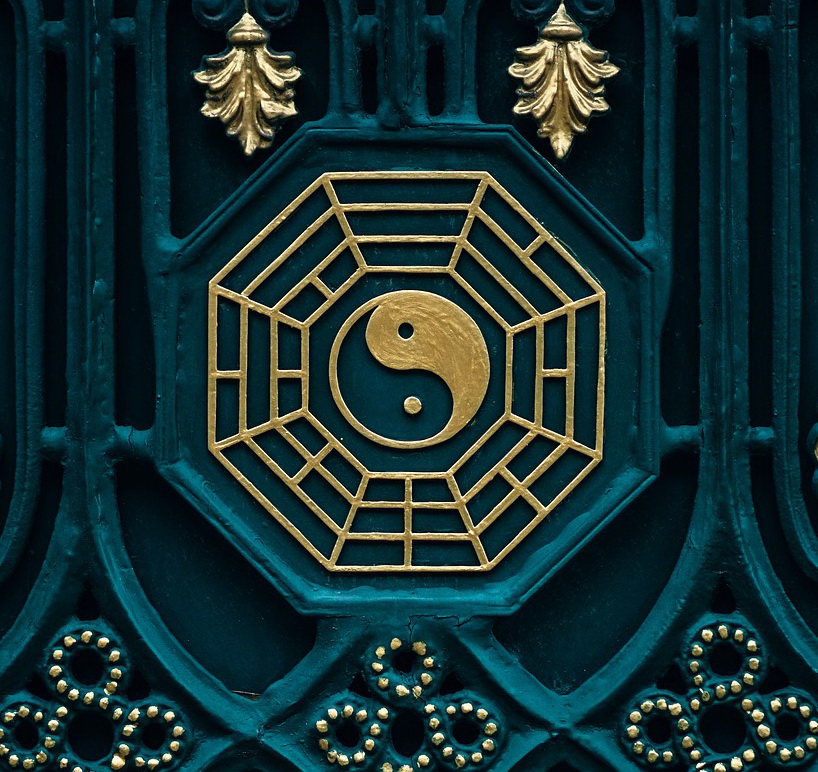 Modulating the Yin and Yang Energy of Cells to Fight Cancer: Pro-Oxidant Strategy 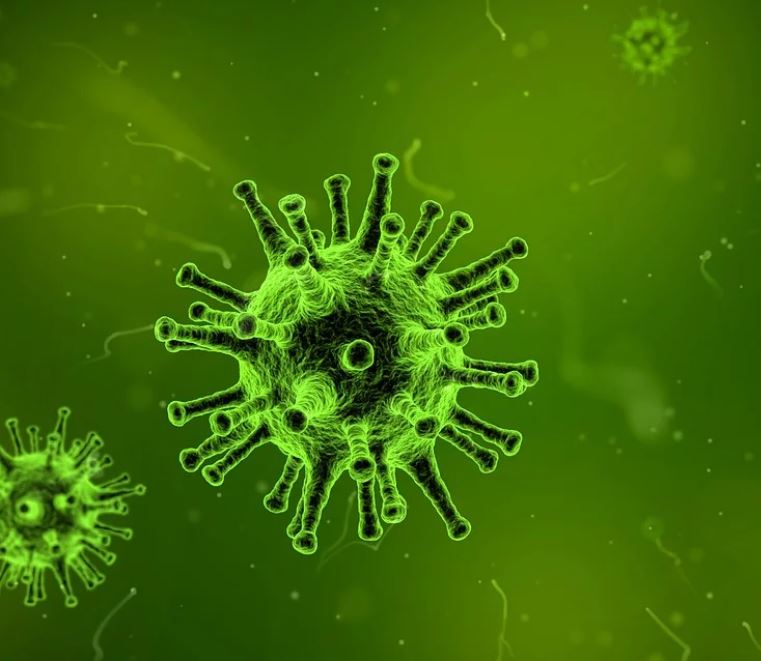 From Cancer to CoronaVirus: Therapeutic Strategy Based on the Similarities Between Cancer and Virus-Infected Cells 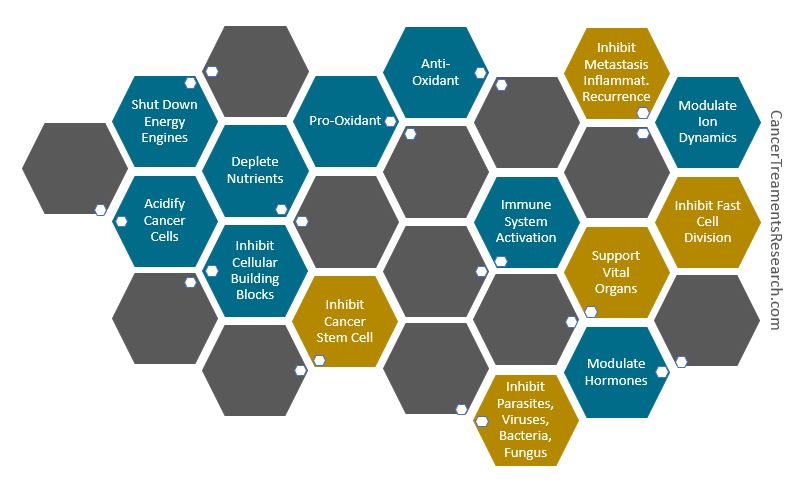