Today I came across these news (Ref.) coming from Japan, discussing a virotherapy that may represent a breakthrough therapy for brain cancers and possibly other cancers. 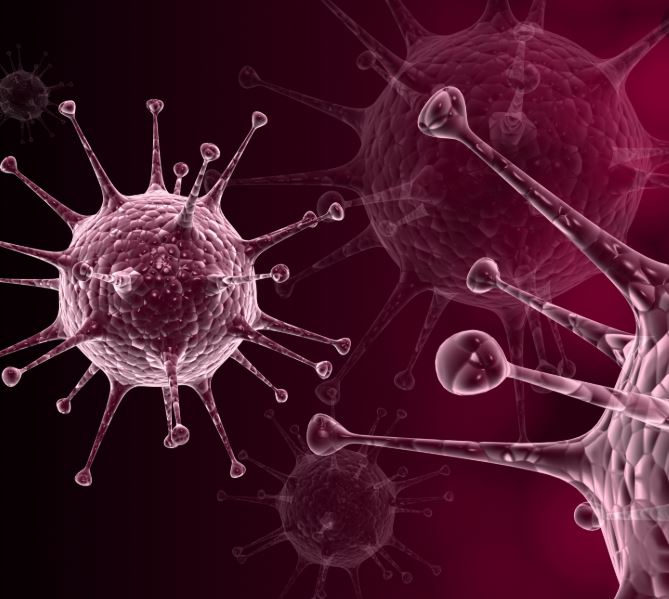 Oncolytic virus therapy is a very relevant approach to address cancer where viruses are converted into therapeutic agents as they are reprogrammed to treat diseases. Prof. T. Todo is one of those scientist who spent a major part of his life on studying and manipulating viruses in order to selectively target cancer. He did that first in US and latter back in Japan, by genetically processing herpes virus and as a result developing an advanced virus called G47Δ (Delta) that targets only cancer cells.

G47Δ was first developed by Prof T. Todo in 2001 and is a third-generation oncolytic virus (i.e. contains three mutations). Due to these mutations, the virus can replicate only in dividing cells, such as tumor cells.

The earlier, second generation oncolitic virus, was called G207  and it was the first oncolytic HSV-1 tested in a clinical trial in USA. Its high safety and potential antitumor activity were demonstrated in patients with glioma, both when administered alone and in combination with radiotherapy (Ref.).

During the past years, after his return to Japan, Prof Todo performed first a phase I–IIa clinical trial, and latter a phase II clinical trial in patients with recurrent glioblastoma. The latest results coming from this clinical trial will be presented on November 17, 2019 at the 5th Cancer Eradication Summit, under the title “The Forefront of Viral Therapy that has Begun to Move to Practical Use”. (Google translation from Japanese).

The great news presented at the summit and that I would like to share with you here is that the survival rate of 13 patients after 1 year has recorded an amazing number of 92.3%, compared with 15% for conventional drugs. A maximum of 6 intratumoral doses of the virus were given to the patients. Side effects were very limited, i.e. only 2 out of 16 people had fever.

More about G47Δ in clinical trials on Glioblastoma and other cancers

According to a paper published by Prof Todo and colleagues (Ref.) G47Δ was and it is currently tested on multiple cancers:

The first Phase I–IIa clinical trial of G47Δ was performed in patients with recurrent glioblastoma from 2009 to 2014 at The University of Tokyo. Its results demonstrated the safety of G47Δ when injected into the human brain (UMIN000002661).

The subsequent phase II investigator-initiated clinical trial started in 2015 at The University of Tokyo, to test the efficacy of G47Δ in patients with residual or recurrent glioblastoma (UMIN000015995). In the study, a dose of 1 × 109 PFU is injected stereotactically into the brain tumor twice within two weeks and every four weeks thereafter, a maximum six times.

Besides the clinical trials in glioblastoma, a single arm Phase I study in patients with castration-resistant prostate cancer was started at The University of Tokyo in 2013 (UMIN000010463). 3 × 108 PFU of G47Δ was administered into the prostate using a transrectal ultrasound-guided transperineal technique repeatedly (2–4 cycles) for nine patients (1–3). This study was completed in 2016, and its results demonstrated the safety of G47Δ when injected into the prostate.

Another study in patients with recurrent olfactory neuroblastoma (UMIN000011636) was started at The University of Tokyo in 2013. This trial is currently underway and is targeting a total of 10 patients.

In February 2016, G47Δ was designated as a ‘Sakigake’ breakthrough therapy drug by the Ministry of Health, Labour and Welfare of Japan.

In addition to the four clinical trials described above, a study of G47Δ for the treatment of malignant mesothelioma was just approved in March 2018 at The University of Tokyo.

For those looking for a virotherapy treatment option in Germany, Dr. Arno Thaller seems to be the best option www.praxis-thaller.de I haven’t met him yet, but he was recommended to me by multiple patients as he seems to be the source of the most oncolytic viruses used at cancer clinics in Germany. One day, I intend to visit his clinic to learn more about the available treatment options.

Oncolytic viruses selectively target and kill cancer cells in an immunogenic fashion, thus supporting the establishment of therapeutically relevant tumor-specific immune responses. In 2015, the US Food and Drug Administration (FDA) approved the oncolytic herpes simplex virus T-VEC for use in advanced melanoma patients. Since then, a plethora of trials has been initiated to assess the safety and efficacy of multiple oncolytic viruses in patients affected with various malignancies. Here, we summarize recent preclinical and clinical progress in the field of oncolytic virotherapy.

Oncolytic virus therapy has recently been recognized as a promising new option for cancer treatment. Oncolytic viruses replicate selectively in cancer cells, thus killing them without harming normal cells. Notably, T-VEC (talimogene laherparepvec, formerly called OncoVEXGM-CSF ), an oncolytic herpes simplex virus type 1, was approved by the US Food and Drug Administration for the treatment of inoperable melanoma in October 2015, and was subsequently approved in Europe and Australia in 2016. The efficacies of many types of oncolytic viruses against urological cancers have been investigated in preclinical studies during the past decade, and some have already been tested in clinical trials. For example, a phase I trial of the third-generation oncolytic Herpes simplex virus type 1, G47Δ, in patients with prostate cancer was completed in 2016. We summarize the current status of clinical trials of oncolytic virus therapy in patients with the three major urological cancers: prostate, bladder and renal cell cancers. In addition to Herpes simplex virus type 1, adenoviruses, reoviruses, vaccinia virus, Sendai virus and Newcastle disease virus have also been used as parental viruses in these trials. We believe that oncolytic virus therapy is likely to become an important and major treatment option for urological cancers in the near future.

Oncolytic virus therapy is perhaps the next major breakthrough in cancer treatment following the success in immunotherapy using immune checkpoint inhibitors. Oncolytic viruses are defined as genetically engineered or naturally occurring viruses that selectively replicate in and kill cancer cells without harming the normal tissues. T‐Vec (talimogene laherparepvec), a second‐generation oncolytic herpes simplex virus type 1 (HSV‐1) armed with GM‐CSF, was recently approved as the first oncolytic virus drug in the USA and Europe. The phase III trial proved that local intralesional injections with T‐Vec in advanced malignant melanoma patients can not only suppress the growth of injected tumors but also act systemically and prolong overall survival. Other oncolytic viruses that are closing in on drug approval in North America and Europe include vaccinia virus JX‐594 (pexastimogene devacirepvec) for hepatocellular carcinoma, GM‐CSF‐expressing adenovirus CG0070 for bladder cancer, and Reolysin (pelareorep), a wild‐type variant of reovirus, for head and neck cancer. In Japan, a phase II clinical trial of G47∆, a third‐generation oncolytic HSV‐1, is ongoing in glioblastoma patients. G47∆ was recently designated as a “Sakigake” breakthrough therapy drug in Japan. This new system by the Japanese government should provide G47∆ with priority reviews and a fast‐track drug approval by the regulatory authorities. Whereas numerous oncolytic viruses have been subjected to clinical trials, the common feature that is expected to play a major role in prolonging the survival of cancer patients is an induction of specific antitumor immunity in the course of tumor‐specific viral replication. It appears that it will not be long before oncolytic virus therapy becomes a standard therapeutic option for all cancer patients.

54 thoughts on “G47Δ (Delta) Oncolytic Virus: A Breakthrough Therapy for Glioblastoma from Prof. Todo in Japan”