Meech (a contributor on this website, very young and very clever) is currently doing this at Medicoe in Canada. He started a few weeks ago and it seems there are people at Medicore who responded nicely to this approach. You can ask him for more details.

Great, thanks, will ask

I've been doing the SEF chemo for two cycles and there are some side effects but fewer than with normal chemo. My blood counts for the first cycle dipped just slightly out of range but we adjusted some dosing info for the second and hope they will be fine.

I spoke to a few patients with: melanoma, aggressive prostate cancer, ovarian cancer, breast cancer, and triple negative breast cancer. All of which had great responses.

One of them (OVCA) had a decline in tumour markers (forget which) from over 1000 to around 17. Another (TNBC) says she had a complete radiological response. The rest had partial responses. All were ongoing with the treatments apart from the TNBC patient who completed her treatments.

Unfortunately, the tumours I can palpate on my body are still fairly prominent but it is still early. I have round 3 this week.

It's no problem, Ergin. I actually decided to delete all of the apps on my phone apart from some useful ones (banking, maps), and messaging apps. I felt it'd be beneficial to be on my phone less, so as a result of not having a mobile browser, I am here a bit less often but I'll try to come in and update, etc.

Meech, thanks for info! BTW, do you have understanding why "safe-chemo" is more efficient than regular one? Its because of dozes?

As I understand it, the dose limiting toxicities are avoided firstly due to the dosages (Dr. Khan says that the dose is about 80% of what they would give you at the hospital - but given every two weeks, as opposed to 100% every three weeks, so you end up getting more chemo over a four week period than you would normally, however, it's spaced out differently).

Secondly, the Mesna is supposed to protect your blood cells from the harmful effects of the chemotherapy, leaving them more or less intact (but they will inevitably lower at least a bit).

So with those points, the claim is that unlike with standard dosage chemotherapy without an antidote, there is a sufficient amount of chemotherapy (generally carboplatin, but possibly others) with SEF chemo for it to be cytotoxic, but the immune system can aid in destroying cancer cells too. On top of this, when the chemo is given at a hospital setting, you can only give a certain amount of cycles before risk of neuropathy or ototoxicity, or myelosuppression becomes too much of a hazard, but with the way that Medicor doses/administers, there have been patients that have done 30+ cycles.

Also, carboplatin is the main drug used, but they offer a chemo sensitivity test, which costs about $3500 for the full panel. I declined the testing myself as platins are standard of care for my cancer type so I figured it was worth just diving in.

Thanks for explanations - here in Russia you can buy Mesna/Carboplatin w/o receipt. The price will be around 100$ per time (Mesna + Carboplatin)

That's not a bad price at all, considering I'm paying about $5600 CAD per treatment.

This can be used to calculate dosages.

On their website they say they aim for 4.5-5 AUC for the carboplatin dosage but to me it doesn't add up as I only received under 50mg of carbo, while this calculator says I should receive over 100mg. I'll have to ask to clarify the disparity. 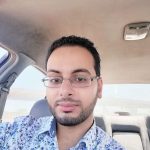 I wonder if I can do something like this by my self at home , its really interesting

I'll keep you all posted as to the progress of my treatment. Like I said, I still do feel palpable tumours in my body and it doesn't seem like those have lowered in size, but there are people that I've talked to who have responded for sure.

One thing I forgot to mention is that the aggressive prostate cancer patient had brain metastasis, confirmed by MRI at an independent hospital in New York State. His brain metastasis shrunk, so it seems to cross the blood brain barrier, which I was unaware carboplatin could do. But that may be old news.

Thank you very much

It can be bought almost in every pharmacy here w/o prescription. The name of drug is Uromitexan - but they don't send it Europe, the cost is about 35$  per 15 ampoulesx400mg. Manufactured by Baxter, Germany

Update: I had low blood counts this past week and couldn't receive cycle 3. However, since I wasn't feeling a big difference in my palpable tumours, I began taking Dipyridamole, Chloroquine, Simvastatin, and Diclofenac, to add to the Metformin and DCA I was already taking.

Around Friday, I began having pains in my bone tumour, and the main large palpable tumour in the lower left quadrant of my abdomen. I mounted some sort of immune response, where I felt malaise and the chills, along with general tiredness on Saturday. It went away yesterday but seems to be back today.

My bone pain has since virtually gone away but my palpable tumour is still very tender to touch, which I find odd, as tumours don't generally get painful apart from mass effect, and this is just a strong tenderness and inflammation-like feeling directly on the main part of the tumour. I palpated around and it does feel smaller than it did last week, so I'm hopeful that the addition of these medications has caused tumour destruction, leading to an immune response, with the inflammatory cytokines causing the sick-like feelings.

I'd like to note that I felt feverish after every TACE session last year, so I'm hoping for this to be the same effect. But don't want to get ahead of myself, it could just be a virus and some pain from other sources.

Nice to hear this Meech

Hopefully you guys are right. I don't know if anyone else has experienced pain as a good progress indicator here.

Due to kidney toxicity and the prospect that the chemo wasn't incredibly effective for me, me and Dr. Khan have decided that it's best to halt the chemotherapy for now.

Thanks ergin. On the plus side, I don't have to deal with chemo anymore haha. It's back to the drawing board but that's alright.