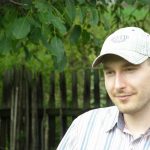 Dolejší was in a way outlier, questioning the authorities and not following established truths and for a period of time persecuted by communist regime (had to drive a truck or work with cattle before being allowed to return to biochemistry).

He believed that the individual should come first and collective work second because a revolutionary idea always comes from a single person and that might be one of the reasons why IRISAP was not put into wide use, despite seemingly solid results. The isolation of the communist bloc, followed by tumultuous „Velvet Revolution“ period didn´t help either. Dolejší died in 1995, but he published the story of IRISAP in 1993 book titled The End of Fear. The book is in Czech and not widely available, but I manage to get a pdf copy, which is here:

Firstly, Dolejší summarizes the basic facts about possible reasons for oncogenesis, finding somatic mutation theory lacking and turning his focus on metabolism of lipids, cholesterol and its pathological changes within a cell membrane.

His theory of the origin of cancer postulates that prolonged oncogenic influence causes increased acidity of the tissue and this in turn changes lipid structure, giving rise to a pathological trilipid - 7,12 dihydroxycholesterol. This leads to the decreased permeability of the membrane and failing metabolism of the cell (p.71,72). This causes Krebs cycle disruption, leading to production of lactate, leading to acidity of plasma and the further proliferation of pathological lipids (p.74,75).

Thomas Seyfried points out in a similar direction in his key work Cancer as a Metabolic Disease or 2017 paper Press-Pulse: a novel therapeutic strategy for the metabolic management of cancer: „Indeed, all tumor cells that have been examined to date contain abnormalities in the content or composition of cardiolipin, the signature lipid of the inner mitochondrial membrane thar regulates oxidative phosphorylation. Mammalian cells containing abnormalities in cardiolipin cannot effectively respire and will therefore need to increase energy production through fermentation (p.3).“

Dolejší came with a relatively simple urine test focused on the presence of the pathological lipid. Urine acidity was optimized between 5,5-5,8 ph, then they added 0,02g of palmitic acid and warmed urine to 80 degrees Celsius for 20 minutes and after that left for additional 20 minutes. If the sample was positive for the pathological lipid, there were yellow-orange filamets growing from the palmitic acid drop into the urine. Negative sample had a smooth drop of palmitic acid with clear edges.

Dolejsi based IRISAP on the fact that the pathological lipid functional groups had the distance of 6,48 ångström. He wanted to create a low toxic agent able to bind with lipids with the same distance of 6,48 ångström between functional groups. The agent would bind to the 3rd and 7th carbon of the pathological lipid and create a new slightly toxic molecule that would be recognized as a foreign body by immune cells and thus would initiate immune response – ending in removing the molecule from the cell membrane and thus seriously compromising the membrane and killing the cancer cell.

IRISAP was the mix iridoids and saponins – hence the name. It was obtained from natural sources (plants occuring naturally in Czechoslovakia, but Dolejší never mentioned them directly). It could be Plantago lanceolata, Melampyrum nemorosum for aucubin and for secologanin something like Mitragyna speciosa (Kratom), Catharanthus roseus or rather Lonicera xylosteum?

The used saponin wasn´t soluble in neutral environment but started to break down the membranes of cancer cells when changing to prosapogenin at 5,4-5,8 ph.

Iridoids are also sensible to ph changes and their reactivity quickly increases at slightly acidic 5,0 – 6,6 ph.

Dolejší also mentions geniposide but that is not involved in the composition.

IRISAP was not very compatible with chemotherapy or radiotherapy because they both compromise immune system as the main condition for it to work.

Then followed preclinical trials in Czechoslovakia, in St. Petersburg and Edinburgh (palmitic test).

Then at least 142 subjects with advanced cancers were treated with 1ml/10kg subcutaneously regularly for several months (mostly 4-10 months).

There are 10 case studies at the end of the book – f. e.: Stomach cancer with metastasis (1983), paliative surgery and chemotherapy, treatment not successful, beginning cachexia, patient letargic, problems with movement, symptomatic treatment.

From Dolejší´s work, it seems that IRISAP could be functional but was shelved due to political situation, author´s retirement and issues with perhaps being incompatible with the standard of treatment? Hard to say.

However, I find Dolejší´s theory of the origin of cancer interesting and possibly more or less correct. Pathological changes in cell membranes, especially mitochondrial ones could seriously compromise mitochondrial and cell functioning and tip the cell towards malignancy. The levels and composition of blood and cell cholesterol together with ph changes in cell microenvironment and larger cell environment could be the key or at least one of the factors in initiating and possible dealing with the disease.

If I look at the variety of supplements and drugs we use here, they among many other factors aim very frequently at lipid metabolism and (usually decrease) cholesterol levels. HCA for example being advertised as a supplement for weightloss.

Cholesterol tageting should be in my opinion the top priority in cancer prevention and treatment.

Thanks a lot! Very interesting post. I like this idea of using substances such as Saponins to disrupt the cancer cell membrane. That reminds me of Diflunisal which can create a pore structure in tumours due to reaction in acidic environments. Saponins would also affect cell membrane by increasing cell membrane permeability and even dissolve them as the soap would do (as Helga said sometime ago (Ref.)).

Ginger contains saponins and Fenugreek too. Soybeans too (Ref.).

You mentioned saponin-glycoside which makes me think that the saponin used was Digitonin from Digitalis purpurea which is the plant from which one of the major cardiac glycoside (digoxin and digitoxin) is extracted and made drug for people with cardiac issues (which also have anti cancer properties). Digitonin is an amphiphilic steroidal saponin. Its aglycone is digitogenin.

I am not sure if we could find back the formula but at least discussing Saponins and trying to get the most out of this subject makes very much sense.

I totally agree with your view on cholesterol - this is the same conclusion I had and motivated me to put together the following strategy https://www.cancertreatmentsresearch.com/reduce-cholesterol-in-cancer-cells-to-fight-cancer/

If you like to investigate the "Saponin" subject and possible write an article on it, it will be my pleasure to consider publishing that here (with you at an author).

This is a nice summary:

"Cell death induced by saponins can in some cases be correlated with their permeabilizing activity, but in addition to causing direct membrane lysis, many saponins induce apoptosis and autophagy or inhibit the cell cycle and the proliferation of cells. Apoptosis is in some cases a direct consequence of the activity of saponins on membranes. The extrinsic pathway is induced subsequent to the activation of death receptors and the reorganization of lipid rafts; the intrinsic pathway is induced via the release of proapoptotic proteins from the intermembrane space of mitochondria.

We have walked in shadows for all these years as we searched and searched. It seems clear that now we have finally moved towards the light and our friends on thread are being helped by our guidance. We can remember our days on the compass and look forward to bright days ahead.

Thank you and congratulation for that as you were the heart of the thread for so many years driven by your energy and enthusiasm! From time to time, I've been on the thread and read comments - I will rejoin in some weeks for now. During the past weeks I was not feeling that well and could not do much other than taking care of myself so that I regain my strength. Now I am better and will travel for a few weeks. After that I hope and expect to be fully recovered and be able to dive deep into oncology again. For those who want to join the thread on Cancer Compass, here is a link https://www.cancercompass.com/message-board/message/all,65701,500.htm?mid=757020#757020

Thanks a lot both!

Thank you for your answer Daniel! It might be Digitalis Purpurea. This one definitely grows in the Czech Republic and it fits the characteristic.

Another article about anti cancer effects of saponins is here: