"Scientists have captured the most complete picture yet of a key molecular switch that is sometimes jammed in the “on” position in cancers.

With the aid of recent advances in a tool known as cryo-electron microscopy, which can obtain crisp 3D images of large biological molecules, Dana-Farber researchers were able to visualize the switch, made up of a cancer-driving protein called BRAF combined with two other proteins. Scientists were able to see the switch in its normal off-position and its activated on-position.

The new insights may help scientists develop better drugs to intervene in cancers, such as melanoma and thyroid cancer, caused by oncogenic mutations in the BRAF protein." 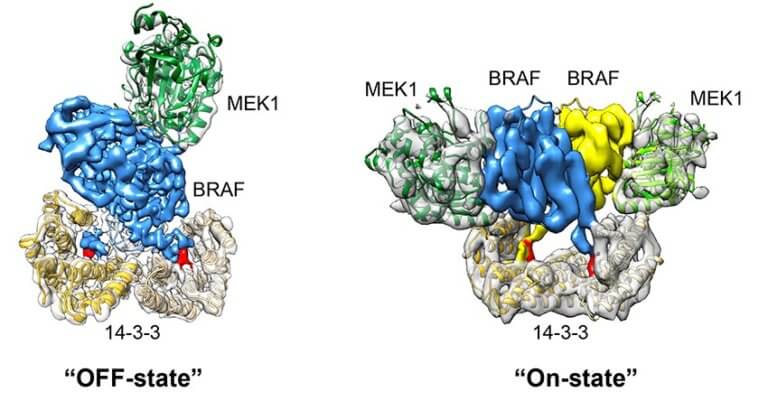