Most Powerful Idea Ever

I have recently been transfixed by an idea that will profoundly change humanity.

Here is the explanation. Toss a coin. You would not be surprised if someone flipped this coin and had a head turn up. Now flip 2 coins. It would not be overly surprising that someone might do so and flip 2 heads. Flipping only a few coins means that you typically can observe the maximal and minimal results.

Yet, when you flip 10 coins, you would start to be surprised if someone were to flip 10 heads. This does not seem likely. Even at 10 coins you are already likely not to see the maximal or minimal outcome.

This process will converge to a normal distribution with variance (pqn)**0.5. So, when flipping 100 coins, one would expect 50 heads with a 1 standard deviation confidence interval of [40,60].

This is all very interesting, but so what?

The implications of this are startling. This should mean that we have never seen anything close to the smartest possible human being. The smartest person ever might have had an IQ of 8 SD above average. It now appears that 100 SD above average should be possible.

People that had that level of intelligence should almost certainly be able to cure cancer. 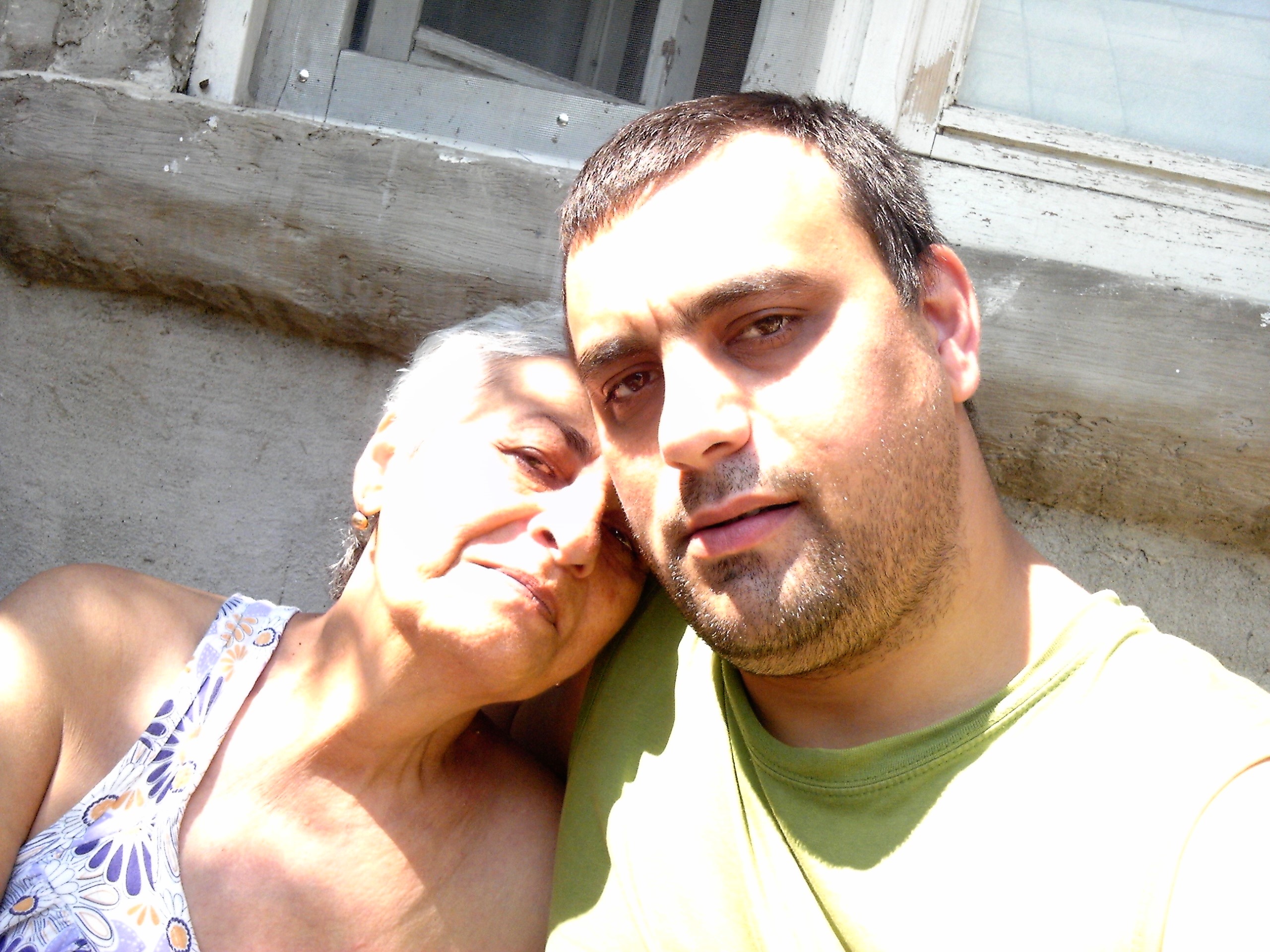 Having a high IQ does not involve experience or knolege, with all respect.

And if knolege is there does not mean it's complete.

Here is some of the background. Apparently the scientific community have been aware of the implications of this research for at least the last few years.

Consider page 19 and 20. Large scale GWAS are now being reported at the scale of humdreds of thousands of people. The human genome is now unlocking.

This is an extraordinary moment for the human race.

Erg, thank you for your kind words. Yet, it appears that we should now get ready for a new genius humanoid species. I have no conception of what a 1500 IQ humanoid would be like. I am completely sure that such a humanoid could solve any problem including cancer quite rapidly.

D has been so wise to focus our energies on the positive loving forces that bind all of us to this forum and elsewhere. With this new species of humans on the horizon humanity can no longer hate each and expect to survive.

Erg, I ran a simple little genetic simulation program for the 246 IQ SNPs that were recently uncovered. If these SNPs were optimized using CRISPR, 10 SD of IQ could be added to an embryos IQ potential. This is very startling.

Erg, this is the idea that changes the world.

I have hardly been able to sleep for the last week. Scientists were so close to realizing this about 100 years ago. It is possible that there have been some who have figured this out a long time ago. Yet, with the GWAS now actually finding the small variants this discovery simply could no longer be ignored. We have almost been bonked on the head with this out of nowhere.

The Americans have just recently accepted a form of CRISPR as being good enough for clinical use. Their summary concluded that this would not be useful for enhancing intelligence. From what I now understand this is incorrect. Strategically marriage partners, combined with 10 fold embryo selection followed by  heterogeneous CRISPRing would have a large effect on human IQ. All of this is now on the table. I ran a program that only looked at the heterogeneous CRISPRing of embryos with the 246 SNPs. This already moved up IQ by 2 SD. Doing simple 10 fold embryo selection gives another SD. These are large effects and the technology is only at the starting point.

Erg, I think that we all share a frustration with how slowly progress is made with cancer. After all these years of hope perhaps now even immunotherapy has irreconcilable problems. Yet, with the metabolic approach there seems a clear route ahead that has never been pursued. A cure almost surely exists through one of the many paths that we have talked about here and elsewhere. Even with a 20 year delay 3-BP still seems a highly promising treatment without the translational research that could make it shine.

I thought about something , in that way;

Pet-ct, shows you with a radiation where are these cells that burn x3-5 more glucose, i was checking about this, the posibility to a pulse of low radiation in specific areas that excite more where is 18-FDG, and burn. Is a diagnostic tool, not a tratment.  But i didnt find anything, not my field.

Actually everything is about receptors, or u have or not.

I like the idea of NGS and vaccines from them, but to have a sequence doesnt mean to have a protein That produce you latter inmunogenicity.

Erg, I know you and D are from an engineering/ hard science background so this might be of particular interest to you both.

I posted the idea above about moving to 100 SD IQ.

The one hold back for this idea was that they really have not been sure how to find most of the missing additive heritability out there .... until now.

A few days ago an article was posted on biorxiv of a GWAS for height using a regression method called L1 Lasso penalized regression (Compressed Sensing).  It is quite startling! They appear to have essentially found all of the additive heritability for height. They moved up the correlation to 0.65. If they run the computer and can hit into anything close to that in IQ we could be moving to a profoundly different world.

Hope this gave you a smile.

Erg,
You, Emad and so many others on this forum are such heroes!

When mainstream options run out, there is no choice but to try to innovate. Unfortunately so many millions of people never reach this level of understanding or confidence and never make such an attempt. We would all be so much further ahead if they were to do so.

Erg, I want to tell you that one of the best pieces of advice that I have thought of is to make contact with the unofficial chemical community. This is such a large resource. When you read so many articles you want tomorrows medicine today. There are many many examples of what would appear safe chemicals that should have considerable efficacy that never progress to clinical trials for various reasons.

We have tried on various occasions to move such an effort through off-thread, though none have succeeded to my knowledge.

I wanted to let you be aware of this idea because I believe this could be helpful to you.

I am not sure about silver nanorods, though we have talked a fair amount about gold nanoparticles: mito-3BP    https://www.ncbi.nlm.nih.gov/pmc/articles/PMC4335358/

This could be such an extremely effective form of 3-BP, yet we still have not seen the in vivo results. It is not clear what the safety of such an approach would be.

I think it has been a big mistake that we have not pursued the chemical route more strenuously. There are so many of these easily made chemicals out there.

There is a patent on this one and it suggests using very low amounts of MG and chitosan; much below what is being used in the clinic. PMID: 25999714

Getting the formulation right is so important for almost and drug.

You are right about me being more inclined to 3-BP. MG has been out there for so long

and there was a high level of misinformation about it: some said it was toxic etc.. Finally

over years they have been able to build up some human results.  The one thing that I really like about 3-BP is that you can see an near immediate response. This is hard to resist. With almost any other cancer treatment, there can be a delay of months and months during which time it is not clear if the treatment is working or not. With immunotherapy drugs they even needed to change the definition of response because responses can often be very atypical. I continue to believe that the near instant responses that can occur with 3-BP and other similar drugs is almost impossible to compete with.

I was just catching up on the Brazilian wasp venom treatment. Amazoing that after all these years we have still not heard of any human testing.  While it now might becoming available online   http://shop.bachem.com/h-8154.html     It is so wrong to put desperate people in this position. Initial small scale safety studies for these sorts of treatments need to happen a reasonable time after they are first widely reported. Injecting these chemicals at pharmaceutical doses might cause very unpredictable results.

Erg, with cancer we are humbled. After all of these years it feels like I am only getting started. This is the type of study which needs to be undertaken on a multigenerational scale. Wisdom passed from parent to child over centuries.  It is so discouraging that so little progress has been made. Animals models were cured starting 25 years ago.

I feel so bad for. Often with cancer it seems to be under control and time drifts forward, even while cancer continues to make relentless progress. It then becomes so difficult to know what to do. I wish you well especially at this juncture.

Yes, this site is such a jem. After people have exhausted mainstream options then what?

D, has impressed me with his polypharmacy approach. His efforts were so impressive! While I have been mostly a fan of 3-BP, I have been become interested in others. Yet, 3-BP is still one of the strongest treatments that I have encountered. Dayspring continues to post more and more patients who have had at least had some degree of success with it. The big problem is that we only see a piece of the clinical puzzle for a selected group of patients. So much of what happens is so murky. It would be such a great help if there were more transparency.

Being able to cycle through a range of these treatments would be such a great strategy.

Erg, just to let you know. On the cancercompass thread one of the posters misread the dosing suggestions and went 10 times over the recommended dose. I got a frantic email saying that their loved one was seriously ill. I was able to work through the calculation error, though it does show that even at very high doses MG would not have the anti-tumor effects of 3-BP. Glo1 and Glo2 are upregulated to handle the extra MG, so it can take time for a response.

Erg, keep up your strength you are doing such a great job.

Erg, I hope this helps.

Sorry Erg that I can not give more details on KA, though it did appear encouraging. Apparently it is derived from a natural product. Inhibiting GAPDH also caught my eye. This is a key enzyme that can cause severe energy depletion when inhibited. I hope this a helpful idea for you.

You are so right about thinking in terms of a chemical lab or searching out people who do have such access. There are so many cancer treatments that are reported in the literature and most never advance even though many of them would seem to have substantial potential. The NanoMG looks especially promising and it really only low dose MG formulated in chitosan.