Very new and comprehensive article on one of the most important aspects in oncology, i.e. metabolism:

Breast cancer (BC) is the most prevalent cancer in women. BC is heterogeneous, with distinct phenotypical and morphological characteristics. These are based on their gene expression profiles, which divide BC into different subtypes, among which the triple-negative breast cancer (TNBC) subtype is the most aggressive one. The growing interest in tumor metabolism emphasizes the role of altered glucose metabolism in driving cancer progression, response to cancer treatment, and its distinct role in therapy resistance. Alterations in glucose metabolism are characterized by increased uptake of glucose, hyperactivated glycolysis, decreased oxidative phosphorylation (OXPHOS) component, and the accumulation of lactate. These deviations are attributed to the upregulation of key glycolytic enzymes and transporters of the glucose metabolic pathway. Key glycolytic enzymes such as hexokinase, lactate dehydrogenase, and enolase are upregulated, thereby conferring resistance towards drugs such as cisplatin, paclitaxel, tamoxifen, and doxorubicin. Besides, drug efflux and detoxification are two energy-dependent mechanisms contributing to resistance. The emergence of resistance to chemotherapy can occur at an early or later stage of the treatment, thus limiting the success and outcome of the therapy. Therefore, understanding the aberrant glucose metabolism in tumors and its link in conferring therapy resistance is essential. Using combinatory treatment with metabolic inhibitors, for example, 2-deoxy-D-glucose (2-DG) and metformin, showed promising results in countering therapy resistance. Newer drug designs such as drugs conjugated to sugars or peptides that utilize the enhanced expression of tumor cell glucose transporters offer selective and efficient drug delivery to cancer cells with less toxicity to healthy cells. Last but not least, naturally occurring compounds of plants defined as phytochemicals manifest a promising approach for the eradication of cancer cells via suppression of essential enzymes or other compartments associated with glycolysis. Their benefits for human health open new opportunities in therapeutic intervention, either alone or in combination with chemotherapeutic drugs. Importantly, phytochemicals as efficacious instruments of anticancer therapy can suppress events leading to chemoresistance of cancer cells. Here, we review the current knowledge of altered glucose metabolism in contributing to resistance to classical anticancer drugs in BC treatment and various ways to target the aberrant metabolism that will serve as a promising strategy for chemosensitizing tumors and overcoming resistance in BC.

D, that is a very good article; it mentions a many of the ideas that we are constantly talking about here. It is interesting that they were able to write a complete article that included only one aspect of the metabolic perspective. I think that in this type of article that I would also want to include oncolytic viruses as a metabolic component; these viruses seem as though they could be the future and considering that they are so cancer specific likely will be quite safe. Taking over cancer cells to make more viruses, places oncolytics at the center of cancer cell metabolism. 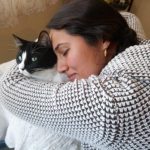 It would be such a life changer to actually have a protocol built for this in a hospital setting... Or it could be done in a clinic.  Dr. Halabe is sending letters everywhere claiming citrate can be useful in the treatment of covid19