Cancer cachexia has many symptoms but only one cause: anoxia

Topic starter 09/08/2020 2:29 am
Below is a very good article in my view, thanks to Kimster who shared this finding here.
During nearly 100 years of research on cancer cachexia (CC), science has been reciting the same mantra: it is a multifactorial syndrome. The aim of this paper is to show that the symptoms are many, but they have a single cause: anoxia.
CC is a complex and devastating condition that affects a high proportion of advanced cancer patients. Unfortunately, it cannot be reversed by traditional nutritional support and it generally reduces survival time. It is characterized by significant weight loss, mainly from fat deposits and skeletal muscles. The occurrence of cachexia in cancer patients is usually a late phenomenon. The conundrum is why do similar patients with similar tumors, develop cachexia and others do not? Even if cachexia is mainly a metabolic dysfunction, there are other issues involved such as the activation of inflammatory responses and crosstalk between different cell types.  The exact mechanism leading to a wasting syndrome is not known, however there are some factors that are surely involved, such as anorexia with lower calorie intake, increased glycolytic flux, gluconeogenesis, increased lipolysis and severe tumor hypoxia. Based on this incomplete knowledge we put together a scheme explaining the molecular mechanisms behind cancer cachexia, and surprisingly, there is one cause that explains all of its characteristics: anoxia.  With this different view of CC we propose a treatment based on the physiopathology that leads from anoxia to the symptoms of CC.  The fundamentals of this hypothesis are based on the idea that CC is the result of anoxia causing intracellular lactic acidosis. This is a dangerous situation for cell survival which can be solved by activating energy consuming gluconeogenesis. The process is conducted by the hypoxia inducible factor-1α. This hypothesis was built by putting together pieces of evidence produced by authors working on related topics.
https://f1000research.com/articles/9-250
Kimster and Kimster reacted
Quote
Topic Tags

Thank you @daniel for posting a link to this article. From what I have read, cachexia is extremely complex and has three key stages (pre-cachexia, cachexia, and refractory cachexia). It seems that cachexia begins and remains in advanced stages of cancer, but doesn't seem to develop in all individuals. I haven't been able to find much information on what would happen if there was a regression/remission of cancerous tumor/s that originally caused cachexia to initiate. At that point, I wonder if cachexia would still remain indefinitely or if there could possibly be a regression/remission of cachexia? 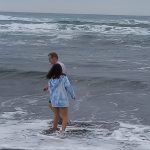 If you can stop cancer from progressing the muscle wasting will come to an end.

These may be helpful in dealing with cachexia:

Would HBOT plus Pleo Sanuvis deal with this in any significant way?

Would HBOT plus Pleo Sanuvis deal with this in any significant way?

I don't know @zed85. Dealing with the pro-inflammatory cytokines seems of utmost importance in cachexia.

Here´s a study of the use of Omega 3:

The effect of an oral nutritional supplement enriched with fish oil on weight-loss in patients with pancreatic cancer https://pubmed.ncbi.nlm.nih.gov/10487616/