Glucose is one of the principal fuels when it comes to cancer cells. More recently it has become clear that other fuel sources, including glutamine, lipids, and protein also play an important role in cancer. However, I was not aware about the relevance of acetate as a fuel for cancer cells.

Indeed, while acetate can be produced locally within the cell it has been recently shown that a variety of cancers are also capable of capturing (from outside the cell) and metabolizing acetate, and that this represents a metabolic adaptation that some tumors use to facilitate growth.

To me, the discovery of the acetate relevance in cancer is huge. Here are at least two reasons for that:

This is why acetate has an important role: 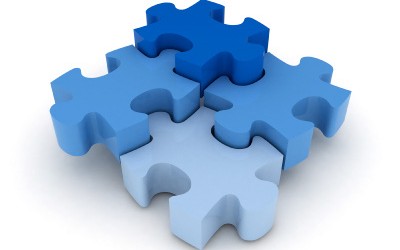 When acetate is “connected” to coenzyme A inside the cell, they form acetyl-CoA. Acetyl-CoA is among the most important cellular components. It is usually generated within the cells by the oxidation (within the mitochondria, i.e. within the engine of the cell) of glucose, glutamine, or fatty acids. Once the cell has produced acetyl-CoA, this can be converted to essential elements for the cell survival and division such as to biosynthesize nucleotides, amino acids, and essential components of the cell membrane in mammals (i.e. fatty acids and cholesterol). It also contributes to enzyme and gene regulation. As we can imagine, all this components are strongly needed in fast dividing cells and are very limited in cancer cells since mitochondria are known to not work well in cancer (due to e.g. oxygen deprivation or low intracellular pH) and produce not enough acetyl-CoA.

For example, acetyl-CoA is the precursor for both fatty acid and cholesterol biosynthesis, and fatty acid synthase (FASN) is upregulated and essential in some cancers. (Ref)

At the cost of a single ATP, one acetate molecule can be retrieved to produce acetyl-CoA for use in the synthesis of fatty acids or sterols, for the acetylation of histones, or for further oxidation via the TCA cycle to generate an additional ∼12 units of ATP (Figure 6). Acetate can also be used for the synthesis of the amino acid glutamate (Mashimo et al., 2014). Unlike yeast, mammals lack a glyoxylate cycle and therefore cannot utilize acetate for the synthesis of glucose. Nonetheless, the ability to recoup acetate for any of these other purposes stands to promote tumor cell growth or survivability in the face of nutritionally challenging or hypoxic microenvironments. In contrast, acetate might be irrelevant for nutritionally replete cells or tissues. Given ample supplies of glucose, coupled with the ability to convert glucose into acetyl-CoA via citrate spilling out of mitochondria, normal cells or tissues might actually represent net producers of acetate, rather than net consumers. (Ref.)

So Acetyl-CoA is the universal metabolic source for all major cellular functions. (Ref)

Although a little complex, the image below shows various points where acetyl-CoA is produced and how that is used inside the cell. 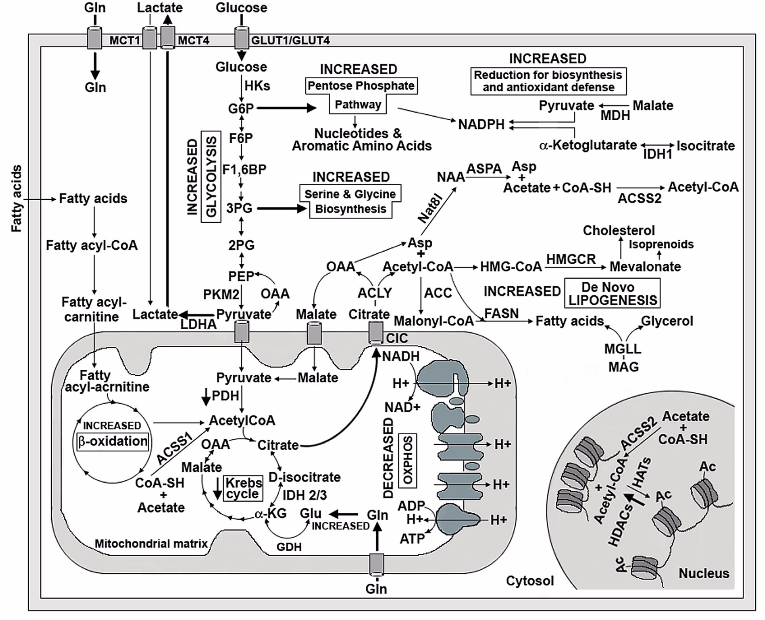 Reference for the fig. above: Acetate as a Metabolic and Epigenetic Modifier of Cancer Therapy

As it can be seen in the fig above Acetyl-CoA can be produced inside the cell via different processes enabled by enzymes such as ACSS1, ACSS2, ACYL. If is to believe that the fig above indeed represents the reality of the intra cellular processes, in cancer cells where mitochondria would be dysfunctional (due to e.g. limitted oxygen) the most important processes for the production of Acetyl-CoA would become those taking place outside mitochondria, e.g. in the cytoplasm or nucleus. (Ref.) As represented in the fig. above the production of Acetyl-CoA independent on the mitochondria relies on acetate as a source and ACSS2 enzyme required to convert acetate into Acetyl-CoA.

The above suggests that
– reducing the available intracellular acetate (imported from extra cellular sources) and/or
– inhibiting the ACSS2 enzyme (Ref.)
should have strong negative impact on the development of cancer cells or at least on those that have dysfunctional mitochondria or that are deprived of the essential nutrients such as glucose, glutamine and fatty acids.

Acetate is produced in the liver from acetyl-CoA and released into the circulation. Therefore, hepatic mitochondria are a major systemic source of acetate. Acetate and ethanol are also produced by microbial fermentation in the intestine. In this case, ethanol is then converted to acetate in two enzymatic steps catalyzed by alcoholdehydrogenase and aldehyde dehydrogenase 2. The acetate is either utilized locally within the intestine or released to the general circulation. (Ref.)

Indeed, it has been shown that metabolic stress induces major changes in the lipid metabolism landscape of cancer cells, creating a dependence on de novo lipogenesis for survival in hypoxia/low serum (Ref.). In this context, nucleocytosolic acetyl-CoA synthetase enzyme ACSS2 becomes up regulated and is a critical gene for cancer cell survival under hypoxic or low-serum conditions (Ref.). This is how for example GBM or brain metastases can completely oxidize acetate in the tumors (Ref.).
Interestingly, the source of the intracellular acetate resulting from hypoxia and its mobilization is not known (Ref.).

So what this knowledge means for us and how we can apply it in cancer treatment?

Acetyl-CoA is essential in cancer cells and lowering the availability of that will have negative impact on tumor development. This may be the approaches to achieve that:

Note: the fact that in hypoxia regions acetate may be even more required makes me realize that MCT1 should be still ‘(over) expressed towards the core of the tumors. Previously, I though this may not be the case since I thought that MCT1 is overexpressed only in those areas where oxygen is also available so that it can make use of lactate as a source of energy. MCT1 towards the core of the tumor is good news to me since that indicates a maintained sensitivity to 3BP beyond the surface of tumors.

Putting the brakes on tumor growth

Acetate as a Metabolic and Epigenetic Modifier of Cancer Therapy: Metabolic networks are significantly altered in neoplastic cells. This altered metabolic program leads to increased glycolysis and lipogenesis and decreased dependence on oxidative phosphorylation and oxygen consumption. Despite their limited mitochondrial respiration, cancer cells, nonetheless, derive sufficient energy from alternative carbon sources and metabolic pathways to maintain cell proliferation. They do so, in part, by utilizing fatty acids, amino acids, ketone bodies and acetate, in addition to glucose. The alternative pathways used in the metabolism of these carbon sources provide opportunities for therapeutic manipulation. Acetate, in particular, has garnered increased attention in the context of cancer as both an epigenetic regulator of posttranslational protein modification, and as a carbon source for cancer cell biomass accumulation. However, to date, the data have not provided a clear understanding of the precise roles that protein acetylation and acetate oxidation play in carcinogenesis, cancer progression or treatment. This review highlights some of the major issues, discrepancies and opportunities associated with the manipulation of acetate metabolism and acetylation-based signaling in cancer development and treatment.

Acetyl-CoA Synthetase 2 Promotes Acetate Utilization and Maintains Cancer Cell Growth under Metabolic Stress: A functional genomics study revealed that the activity of acetyl-CoA synthetase 2 (ACSS2) contributes to cancer cell growth under low-oxygen and lipid-depleted conditions. Comparative metabolomics and lipidomics demonstrated that acetate is used as a nutritional source by cancer cells in an ACSS2-dependent manner, and supplied a significant fraction of the carbon within the fatty acid and phospholipid pools. ACSS2 expression is upregulated under metabolically stressed conditions and ACSS2 silencing reduced the growth of tumor xenografts. ACSS2 exhibits copy-number gain in human breast tumors, and ACSS2 expression correlates with disease progression. These results signify a critical role for acetate consumption in the production of lipid biomass within the harsh tumor microenvironment.

Acetate Fuels the Cancer Engine Cancer cells have distinctive nutrient demands to fuel growth and proliferation, including the disproportionate use of glucose, glutamine, and fatty acids. Comerford et al. and Mashimo et al. now demonstrate that several types of cancer are avid consumers of acetate, which facilitates macromolecular biosynthesis and histone modification.

Acetate Dependence of Tumors Acetyl-CoA represents a central node of carbon metabolism that plays a key role in bioenergetics, cell proliferation, and the regulation of gene expression. Highly glycolytic or hypoxic tumors must produce sufficient quantities of this metabolite to support cell growth and survival under nutrient-limiting conditions. Here, we show that the nucleocytosolic acetyl-CoA synthetase enzyme, ACSS2, supplies a key source of acetyl-CoA for tumors by capturing acetate as a carbon source. Despite exhibiting no gross deficits in growth or development, adult mice lacking ACSS2 exhibit a significant reduction in tumor burden in two different models of hepatocellular carcinoma. ACSS2 is expressed in a large proportion of human tumors, and its activity is responsible for the majority of cellular acetate uptake into both lipids and histones. These observations may qualify ACSS2 as a targetable metabolic vulnerability of a wide spectrum of tumors.

Acetate Is a Bioenergetic Substrate for Human Glioblastoma and Brain Metastases Glioblastomas and brain metastases are highly proliferative brain tumors with short survival times. Previously, using 13C-NMR analysis of brain tumors resected from patients during infusion of 13C-glucose, we demonstrated that there is robust oxidation of glucose in the citric acid cycle, yet glucose contributes less than 50% of the carbons to the acetyl-CoA pool. Here, we show that primary and metastatic mouse orthotopic brain tumors have the capacity to oxidize [1,2-13C]acetate and can do so while simultaneously oxidizing [1,6-13C]glucose. The tumors do not oxidize [U-13C]glutamine. In vivo oxidation of [1,2-13C]acetate was validated in brain tumor patients and was correlated with expression of acetyl-CoA synthetase enzyme 2, ACSS2. Together, the data demonstrate a strikingly common metabolic phenotype in diverse brain tumors that includes the ability to oxidize acetate in the citric acid cycle. This adaptation may be important for meeting the high biosynthetic and bioenergetic demands of malignant growth.

Acetate, together with other short chain fatty acids has been implicated in colorectal cancer (CRC) prevention/therapy. Acetate was shown to induce apoptosis in CRC cells. The precise mechanism underlying acetate transport across CRC cells membrane, that may be implicated in its selectivity towards CRC cells, is not fully understood and was addressed here. We also assessed the effect of acetate in CRC glycolytic metabolism and explored its use in combination with the glycolytic inhibitor 3-bromopyruvate (3BP). We provide evidence that acetate enters CRC cells by the secondary active transporters MCT1 and/or MCT2 and SMCT1 as well as by facilitated diffusion via aquaporins. CRC cell exposure to acetate upregulates the expression of MCT1, MCT4 and CD147, while promoting MCT1 plasma membrane localization. We also observed that acetate increases CRC cell glycolytic phenotype and that acetate-induced apoptosis and anti-proliferative effect was potentiated by 3BP. Our data suggest that acetate selectivity towards CRC cells might be explained by the fact that aquaporins and MCTs are found overexpressed in CRC clinical cases. Our work highlights the importance that acetate transport regulation has in the use of drugs such as 3BP as a new therapeutic strategy for CRC.

Recent high-profile reports have reignited an interest in acetate metabolism in cancer. Acetyl-CoA synthetases that catalyse the conversion of acetate to acetyl-CoA have now been implicated in the growth of hepatocellular carcinoma, glioblastoma, breast cancer and prostate cancer. In this Review, we discuss how acetate functions as a nutritional source for tumours and as a regulator of cancer cell stress, and how preventing its (re)capture by cancer cells may provide an opportunity for therapeutic intervention. 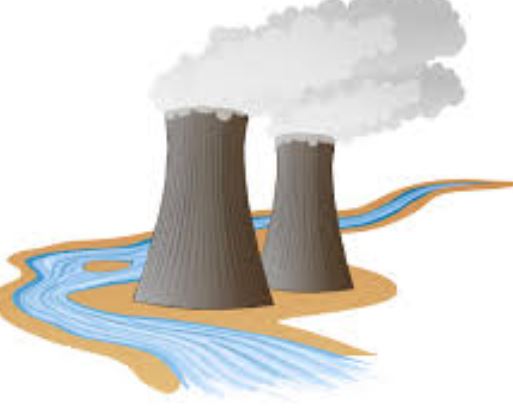